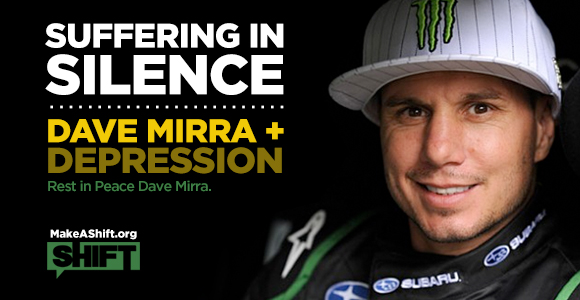 It was 1998 and I had just started riding Flatland again after having been out of the sport for almost 8 years.  After graduating High School in 1990 and entering college my dedication and interest in riding around in circles in a parking lot decreased, altogether letting it go once my GT Pro Performer was stolen out of my back yard.  Those off years were full of other cycling, mountain biking and a few years stent of aggressive inline skating (yes, go ahead and laugh).  I can’t recall what brought me back in but I jumped in head first, and doing it all on a bright red Hoffman EP frame which took a beating and lots of throws while relearning all of the tricks that I loved doing as a teenager.

One of the first things that I had to do was catch up with the sport and that involved lots of BMX videos being sent to my house from Dan’s Comp, or borrowing them from new rider friends.  No flatland homework was complete without watching any or all of the Dorkin in York videos produced by Mark Eaton, and it was in Dorkin 5, I believe, that we were all introduced to this little tiny kid doing multiple whiplashes on a bike that looked a little too big for him.  I was like “Damn! This kid is going to blow up.”, and sure enough he did and became one of the most recognized and accomplished BMX athletes in the world.  His name was Dave Mirra.

This week the world was shocked as news circulated the web that Dave Mirra had passed away in an apparent suicide.  As this news became viral, my feed became full of love for this man and many many shares of his story.  With the love were also expressions of anger and confusion from riders and friends who couldn’t understand why someone as accomplished as Dave could take his own life, especially in that two beautiful daughters and a wife were left behind.  I stand with everyone who is left confused and I have something to share with you that I hope will help.

I doubt that anyone wakes up in the morning and says “Later today I’m going to kill myself” and from the reports from Dave’s friends and family who spent time with him that day, I’m sure that wasn’t on his agenda.  Suicide sucks and many people feel and wish that those that have taken their life should have called them or reached out for help.  There’s even suicide hot lines that serve for this purpose and I’m sure they have helped many who have walked on that ledge, but for the most part, it’s not this easy for those suffering from depression or a mental disorder.  There are reports that Dave was suffering from depression to some extent, but there still isn’t enough information about his state so all we can do is speculate.

I was with someone for approximately 5 years who battled bipolar depression on a daily basis and everything that I have to share on this topic comes from personal experience.  Know that no one could have stopped Dave from taking his life.  The same way no one could have stopped Robin Williams or any other celebrity from doing the same, the thought or action of taking one’s life is something that can come instantly, with no warning and with no time to “call a friend” to come to the rescue.

A few year’s ago I found myself racing down the freeway at 100 mph hoping to get to my girlfriend’s apt in time.  She went from laughing and lots of love in the parking lot of the restaurant to hurting herself in minutes.  Situations like this and many years of being with someone with a mental illness is what has taught me so much about the mind, mental disorders, and suicide, and it helps reduce the confusion of why someone like Mirra would take his own life.

WHAT CAN YOU DO TO HELP?

Many of your friends and family could be suffering in silence and you would never even know.  For this reason we can’t be too hard on ourselves when someone close to us attempts or commits suicide.  No one would have ever suspected that my ex was suffering in silence because on the outside she was a very happy bubbly person with an outgoing personality, which she genuinely was.  However when depression would take over, it was something that she had no control over and even she was left confused as to where it came from.  This is the case with a few other friends that suffer from depression as well.

When this would happen I would comfort her as best as I could and she would try to push through as much as possible and not let it steal her day away.  Only time was the savior and she was a victim until that mood “went away” on its own, with no amount of hugs and kisses being able to help.  It was all new to me and I wasn’t always great at dealing or understanding, but I did the best I could. There is no manual for mental illness or being with someone suffering from depression, and all we can do is love, care, and be super supportive when these moods show their ugly head.

The mind is powerful and we will never understand how someone can take their own life like Mirra did.  It’s easy to become angry or confused and even accuse these people of being “cowards” and taking the easy way out, but please know that it’s bigger than that.  I firmly believe that Dave Mirra loved his life, his kids, his wife, and his many friends and fans and he didn’t want to leave this earth yet.  Something else took his life that day and it’s bigger than me, you, and a BMX bike.

If the root of this tragedy was depression and mental illness then all we can do is gain some understanding and then share that with others.  Mental illness is as real as cancer and heart disease and it deserves so much more attention than what it currently receives.  Learn what you can about this and be sensitive to those around you that might show signs of depression or something similar.  One of the best things that mental illness can use is a good support system, but even then we can only do so much.  The mind will do what it wants at any time and we won’t always be ready for it.

Much love to Dave Mirra’s children, wife, and family.  Their life is forever changed and I pray for peace and love to surround them for the rest of their days.

Note:  One of the first books that I read that helped me in my search for understanding mental illness was one called Detour:  My Bipolar Road Trip.  It’s a memoir and I couldn’t put the book down.  It opened my eyes to a lot and I hope it does the same for others.  You can order it on Amazon:  http://www.amazon.com/Detour-Bipolar-Road-Trip-4-D/dp/0743446607