Archives For be that guy 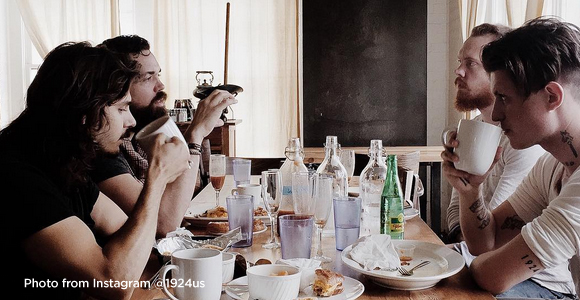 BETTER PART 3:  A LETTER TO MEN

I celebrated 43 years of living on this earth in May and I don’t claim to know it all.  In fact, by this age I would say that I know very little and there’s still so much to learn.  But I’ve lived long enough and been through enough that I feel I can give good counsel and advice to others, much of that through learning from my own successes and of course my own mistakes.

This “Better” series that I’ve been writing comes from a lot of reflecting and a desire to share what I’ve been learning, hoping that maybe it can help a few.  This morning I wanted to write to men and offer encouragement to not only be better father’s, son’s, friends, and mates, but to simply be better men.  One thing that we don’t do regularly as men is encourage other men.  Women do this naturally because it’s part of their design, to care, love, share and open up to one another. The thought of doing this as men comes with reservations and not wanting to be “gay”.  Sorry, but it’s true, most men don’t spend time building each other up because it doesn’t feel masculine.  However, I would say that some of the best counsel that I’ve received to date has been from a few male friends who stepped up when I needed them most, and much of that only came after I chose to open up to them first.

What’s funny is that if asked what kind of man not to be, we could all recall that one guy that treated his girlfriend like shit in public or the one that everyone felt was always being an asshole or douche bag.  Those are easy to spot and yes, very good examples of how not to be, but I also see lots of good examples and it’s those that I want to pull from this morning.

I know that social media, Facebook and Instagram only gives us snapshots of people’s lives and we may only be seeing the “good” or people at their “best”, but that’s OK.  I have a younger friend who I’ve known since the mid 90’s who is a single dad and one of the most encouraging things that I see on a daily basis is how much he loves his son.  I would have to say that he loves the hell out of his little boy and it’s very obvious.  I have no kids of my own, but I want to be that guy, the guy that invests in family and those that matter most.  The guy that wants to be a good example to his kid and raise a solid young man.   I want to be the guy that knows what is right and does it.  I want to be the guy that other men look up to as a leader, someone that others want to follow who know will give good counsel if and when needed.

I just want to be that guy who may not have all of his “shit together”, but is doing the best he can with what he has.  I want to change the world and rather than do it alone, I want to do it with others who also want to “be that guy”.

Lift each other up today men.  Be strong.  Be great examples.  Love on your family.  Give your girlfriend or wife long, strong hugs and kisses and make them feel safe.  Get up early and make them coffee and breakfast tacos or get to Chickfila.  Hold your kids a little longer this morning.  Be great today.  Be that guy that people will remember as awesome and nothing less.  Be better than you were yesterday.