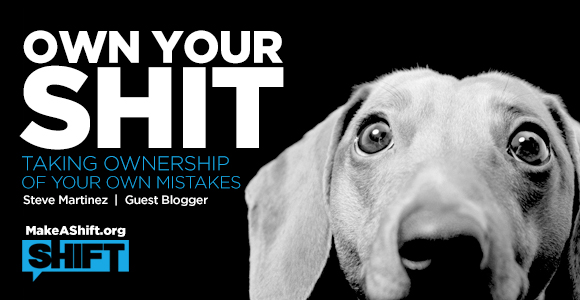 Im pretty sure the day was a Monday afternoon in the summer because dad had just called us in for lunch and his days off were Sunday and Mondays and we weren’t in our Sunday clothes.

As my brothers and I grabbed our plates and parked ourselves around the behemoth of a TV, ( you remember that crappy cheaply stained big box of a tv that looked like it took an acre of trees to make) we started our routine argument about what we were going to watch. Of course I wanted to watch cartoons and they wanted to watch MTV or something I had no clue about. I was only 7 and it was a long time ago but I can still feel that blue shaggy carpet and the summer breeze that would blow through the windows.

Growing up in our house there was an unwritten law that everyone abided by and that was that the AC was only allowed to be turned on from 4pm – 6am. So if you wanted to be inside the house during the heat of the day, you made sure every window in the house was open. As we continued arguing, we kept getting louder and louder about what to we should watch. By then My father was fed up and simply yelled from the kitchen , “lla!”. Translated to English , “Stop! Cut it out!.”We did and as always I was out voted. After that, My older brother changed the channel to what he wanted watch and we just sat there eating our lunch in silence.

As we continued eating,  my older brother began to sniff the air and then continued to sniff with determination, like a blood hound out to find his target. This then became his mission and he took another long sniff of the air to confirm the odor and yells, ” who farted? I’m eating! That’s nasty!” Everyone denies the accusation and the ping pong match begins. He then says, “Well why does it smell like shit!” The timing could not have been more perfect if it had been scripted, they all said in a unanimous voice, ” Steve did it !”, which surprised the hell out of me! I was completely lost! Had I farted and not realized it? By then my two brothers had jumped on my older brother’s wave and started saying it was because I hadn’t showered since the day before and that maybe I didn’t wipe right. Needless to say I defend myself the best way any 7 year old kid would, by simply saying, ” nuh-uh, nuh-uh!”

Of course by this time we were very loud and my dad decided to walk over to the living room and asked what the heck was going on. Once aging the destiny child group sang in harmony ,” Steve crapped on himself or really needs to go take a shower because it smells like poop and we can’t eat.” Like a scratched record I stayed in the bridge signing , ” nuh-uh, nuh-uh!”

As my brothers waited for my dad to get after me, my father simply asked, “Were you guys playing outside?” “Yes” we all said. He then looked at my older brother and simply said, “Look at the bottom of your shoe.” You see my brother was sitting Indian style with a huge turd on the bottom of his shoe which was facing the side I was sitting on. I can see how my older brother thought it was me, I can see how it was so easy to say that I was the source of the stank. The one who made a stink about the stank is the one who ruined his own appetite.

Although I was free and clear of all wrong doing , Id like to believe we all learned a valuable lesson that day. Like most valuable lessons they fly out the window when we need to apply them. Like myself, I’m almost certain you have reflected on some instances in your life when you could have saved yourself some pain, embarrassment  and sadness by simply checking the bottom of your shoe and admitting to your contribution to the situation.

There will be times in life when everything seems like it’s someone else’s fault, like all the signs point to someone else for your misfortune or “bad luck”.  Well I say to you today, before you start blaming someone else or society and whatever excuses we can come up with, let’s take a hard look at ourselves.  Let’s be honest with ourselves, about how we acted, what we did, how little effort we have put in and most importantly lets be honest about how no matter how awesome your are today, there is always room for improvement.

I say to you once again, let’s be honest with ourselves and dig deep, leave no rock unturned and no shoe unchecked so we can enjoy our lunch and enjoy this show we call life.